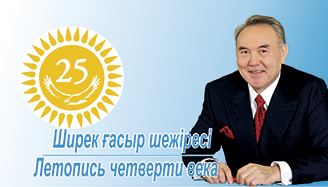 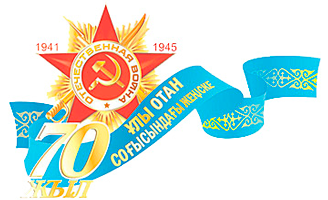 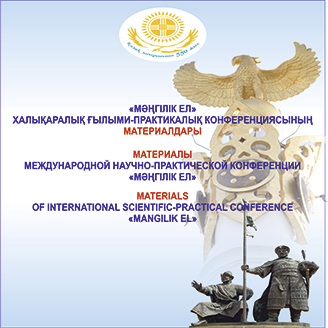 STATEHOOD AND THE LEGAL SYSTEM OF KAZAKHSTAN:
AN ANALYSIS


Among the most fascinating issues at the end of the twentieth century, one of particular importance is the collapse of the Soviet Union that led to the creation of independent sovereign states which set out on the path of building multiethnic civic nations. Being the last state that gained independence after the downfall of USSR, the United Nations in 1992 recognized Kazakhstan as one of its members. From a historical point of view, the Kazakh people united in their quest for developing a unique model of successful statehood and approached the concept of statehood from three perspectives. The first one insisted on the creation of a nomadic state which can be rarely ascertained and in connection with the state annexation into the Russian empire, it was abolished. It argued for a federal state based on an independent legal framework incorporating the principles of humanism, justice, and tolerance. The second one (the Soviet state) stressed the unification of the country leading to the creation of “state within a state scenario,” where Khazakhs were having no autonomy, sovereignty and authority. The Allied authorities decided in matters pertaining to the territorial integration without the consent of the people who were adversely affected by such decisions.1 The third approach promoted the idea of a state-independent Kazakhstan which recognized the people of Kazakhstan as the ultimate source of state power. In this context, the legal system of the republic of Kazakhstan, although closely linked with the statehood, emphasizes the protection of natural rights and freedoms. In this connection, the concept of Legal Policy of the Republic of Kazakhstan states: “In order to ensure compliance of life with national law, new challenges need to further improve knowledge of the laws of nature in the first place, as well the standard-setting and enforcement of the state" 2

Kazakhstan’s developmental strategy considers statehood to be based on the maintenance of the country’s national security. Statehood as such differs from the concept of the state in that it involves an intricate set of components, structures, establishments and public authorities, as well as non-state actors due to identity (specificity), socio-economic, moral and spiritual conditions of each state.3 It is a form of a society in a particular historical setting which alters the qualitative characteristics of its elements and to incorporate the dynamism in its all forms. In this way, the structure of social relations impact not only the state authority, but also other institutions of exceptional importance such as, economic, political and cultural systems.

Statehood and the Kazakh State

The history of Kazakhstan in terms of its complicated past and in relation to other parts of the world, is not much complex as it appears to be.In recent times, the idea of a Kazakh national identity became a popular concept in the academic literature. For centuries this region was seen as a kind of hinterland and almost no one was interested in the land of the Kazakh people. For thousands of years, tribes that finally became the modern day Kazakhs roamed through the steppes of Central Asia. This vast area, inhabited by small nomadic groups that had little of value to offer, were of no interest to the great conquerors. In 1218, Khazakstan was invaded by Gengiz Khan, which led to its incorporation in the huge empire of the Mongols. This event in history is known as the Golden Horde. Due to the internecine wars between belligerent factions, this Golden Horde turned out to be a precarious state which eventually disintegrated into separate states. The second half of the 15th century saw the emergence of khanates (states) but still the country was not transformed into a single political entity. As a result of the constant wars accompanied by the loss of property, the economic and cultural development stopped and finally threatened the defense capacity of the Kazakh states. The invading armies levied huge taxes and dealt ruthlessly with those who violated the law. In view of the destruction of their country, Kazakhs sought help from their neighbor, Russia, with which they had economic relations. In 1731, Kazakhstan voluntarily acceded to Russia, paving the way for establishing direct economic and cultural connections with Russia.4 From 1825, the Russian empire, notwithstanding the military deadlocks, incorporated the Kazakh territories of the Middle and Little Horde. This favored the abolition of the Kazakh Khanate and in this manner Russians established their control over Kazakh territories.5 During the first half of the 19th century the Kazakh economy was impacted by the phenomenal growth of Russia’s economy. The First World War had an enormous impact on the people of Kazakhstan, since it was annexed to Russia, a number of basic necessities were requisitioned from Kazakhs and as such taxes and levies were systematically increased. Although the Bolsheviks after the rebellion of October 1917 snubbed the ethnic differences and established Kirghiz Autonomous Socialist Kazakhstan in present-day Kyrgyzstan but after five years the Kazakh appellation was reinstalled. During the late 1980s due the creation of the so called “Alma-Ata” riots, many forces were set into motion shaking the foundation of the Soviet Union. According to Akhylbek Baikenzheyev et al. the Kazakh state was formed as a democratic state— implying that the freedom of nomads was based on the laws of nature and the strict observance of customs.6 While describing the rights of Kazakh people, S.Z Zimanov emphasises:

“Kazakh law, the main sources of which were customary regulatory system, cultural traditions of the Great Steppe, manifested for centuries astonishing vitality and resilience in terms of direct and indirect dominance of outlandish, powerful impact of their ideology. Enviable vitality of the Kazakh law in its original, pristine form in spite all the changes and revolutions that swept steppes of Kazakhstan on, because it is based on the very structure and in its regulatory system lay folk and freestyle, the natural freedom of the individual, then there are more ideals and principles that are compatible with the eternal aspirations of man and mankind….”7

In the traditional legal culture, the principle of formal equality establishes the freedom and respect of all members of the society with no slave oriented worship of power and repression, development of folklore and spiritual culture among its members. As such the Western institutions consider it necessary to address the issues related to the use the Khazakh legal system. For Akhylbek Baikenzheyev et al., the legal system and the statehood of Kazakhstan has developed on the basis of traditional values of the people. This doesn’t mean all other values such as, the principles of law and democracy, which have been borrowed from other developed countries, are not pertinent but the formal borrowing might lead to contradictions in different areas of operation.8

The geographical position of Kazakhstan along with its traditional culture has given some peculiar characteristics to the Kazakh statehood such as Eurasiasianism, state paternalism, teamwork etc. Studies on the development of statehood have shown that there is a significant impact of phenomena such as mentality and legal culture on the evolution of statehood practices. Some scholars argue that the geographical and historical factors were quite influential in the evolution of Kazakhstan’s statehood. In addition to these, other conditions such as, climate, environmental disasters, abundance of minerals and natural resources. Further, it is argued that Kazakh people lived in harmony with the ecosystem and due to these factors a kind of ecosystem evolved that was nature friendly. 9 It must be noted that the geographical and natural factors have been seen to create a firm foundation for the establishment of a stable state.Montesquie,a French philosopher, in this respect, discloses the existence of a link between state and its climatic conditions. According to him, “the cold climate makes people stronger, and hence more active, productive, purposeful. Heat accustoms to sloth, effeminacy, indifference.10

Thus, from the above discussion, we can conclude that on the basis of the territorial integrity, the unitary state Kazakhstan has evolved historically.

Statehood is also linked to the type of government. As we know Kazakhstan has a presidential form of government which was formed through a number of factors. B.A Mukhamedzhanov states that the present system of governance developed through the practices of statecraft which evolved during the pre-soviet era as well as the state-building measures undertaken during the soviet era which in turn improved the present condition of governance.11 Since the other branches of government are not able to perform a given set of functions, the presidential power is essential for the intensification and transformation of social relation in the administrative and political affairs of the state. As the Soviet Union collapsed, every dimension of the state power was affected, creating a vacuum and disintegrating the legal system of the country. The outcome of this crisis was the creation of a strong presidency.12 Thus choosing a form of government is done by keeping in view the specific traditional values and the problems that are to be countered and solved in light of these principles. The important thing is the realisation of concepts such as, integrity, sovereignty, order and security. In the present climate, the establishment of the presidential form of governance is in line with the social needs and is based on the respective political culture associated with the historical role of the president. In a similar vein, the establishment of the constitution of 1995 with the presidential form of government was seen to meet the realities of the transitional period leading to the political modernization of the country. In this context, it is the issue of primary importance to address the issue of improving the presidential form of governance in Kazakhstan.13

In the international context, Kazakh statehood developed on the basis of acceptance of Kazakhstan as a sovereign state and an independent entity. In the process of strengthening its relations with other countries, Kazakhstan acts as one of the initiators in many programs globally. In the context of globalization, Kazakhstan has participated in many international programmes organized by Institutions such as, the United Nations, IMF,OSCE, etc. It is necessary to preserve the territorial integrity of the state and prior to that state must ensure the protection of individuals. While taking these things into consideration, the legal system of Kazakstan recognises the priority of the principles and norms of international law and other treaties that are significant for the protection and preservation of its statehood.

13. Malinovski, V.V., 2011.President of the Republic of Kazakhstan: Kazakhstan and the new constitution in a changing world, Almaty,pp: 233.